Anterior Cruciate Ligament Injuries are
relatively common in dogs.  This article
will discuss what the problem is and how we fix it.

THE KNEE JOINT IS A VERY COMPLEX STRUCTURE

In dogs, this joint is sometimes called the stifle.  The end of the thigh bone, or femur, rests precariously on the top of the tibia, or lower leg bone.  The ends of each bone are covered with a thin layer of cartilage called articular cartilage.   There is a cartilage pad called the meniscus in between to cushion the bone ends.  The whole thing is held together by ligaments. 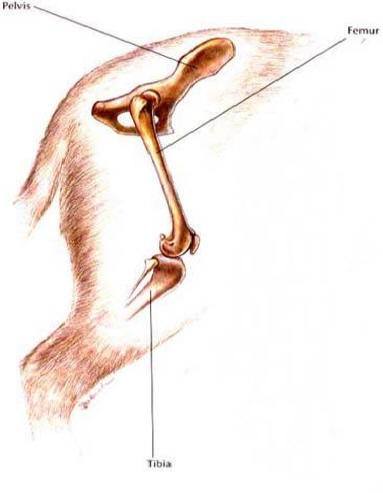 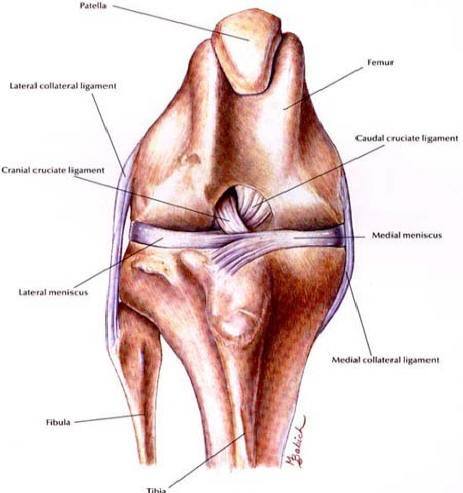 OF PARTICULAR INTEREST IS THE CRANIAL CRUCIATE LIGAMENT.

WHAT HAPPENS WHEN ONE OF THE CRUCIATE LIGAMENTS BREAKS? 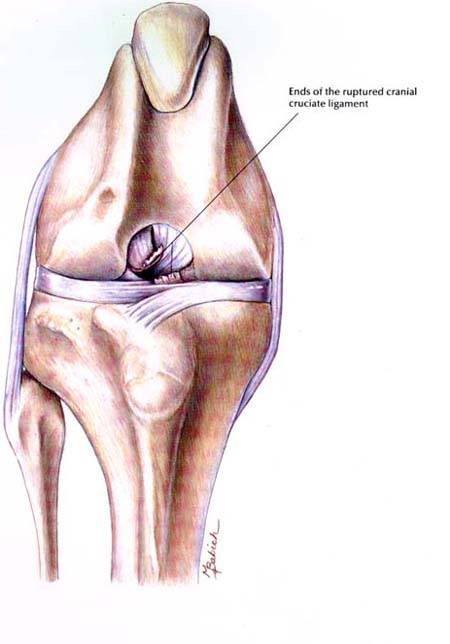 If one of the crucuate ligaments were to break, the two bones would be able to slide back and forth freely on each other.  This is exactly what happens, too.  Because of some peculiarities in the anatomy, it is almost always the ACL that breaks and not the caudal cruciate ligament.  When the ACL ruptures, the joint becomes unstable and painful.  If not treated, severe, debilitating arthritis will develop.

THERE ARE TWO REASONS THE ACL CAN BREAK

The first resson is for a healthy ACL to be severely traumatized.  The trauma can be a mis-step, a fall, a twist, or a sudden wrench.  This would be a the kind of injury that happens to football players.  We see this type of acute injury most commonly in young, athletic dogs, and it typically happens while they are exercising.

The other way an ACL can fail is by slow degeneration.  In some middle-aged, somewhat overweight, less active dogs, the ACL will begin to degenerate slowly over years.  Eventually the ACL fails entirely, and failure may occur during something as non-stressful as a walk around the block or getting up.  Often, these knees will have developed advanced arthritis before the ACL ever fails.  These dogs often rupture the ACL in the other leg within a few years as well.  In my practice, the slow, degenerative ACL injuries outnumber the acute traumatic ACL injuries.

It is thought that poor knee conformation is the root cause of most ACL ruptures, especially of the slow degenerative 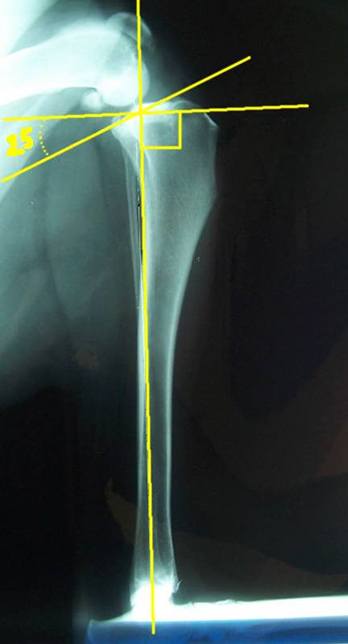 
THIS FORMS THE BASIS FOR ONE METHOD OF ACL RUPTURE TREATMENT. 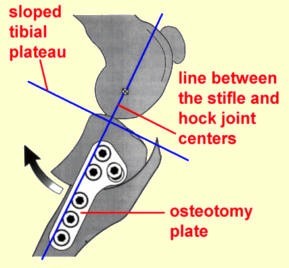 There have been several procedures developed that changes the slope of the tibial plateau.  The most common of these procedures, the Tibial Platuau-Leveling Osteotomy, or TPLO, involves cutting the tibial in two, rotating the plateau, and plating it back together.  The ACL itself is not repaired, or even touched, in this procedure.  The new tibial plateau anatomy is what stabilizes the joint.

The surgeons who pioneered this technique, in a highly controversial move, actually patented the procedure, and then made a fortune selling equipment and running training schools.  Although the patent has now expired, because of the technical nature of the procedure and the expensive instrumentation required, it still is mainly done by Board Certified specialist surgeons.  It has the advantage of a fairly rapid recovery and in general good results, especially in larger or more active patients, but has the disadvantage of being more costly to perform.  Most referral surgeons charge somewhere in the neighborhood of $2,000 to $3,000 to perform a TPLO.

The second way to treat ruptured ACL's is to implant a synthetic ligament.  This technique is much older than the TPLO, although it has undergone many refinements over the years to make it work even better.  The technique is sometimes abbreviated LI for Lateral Imbrication.  The most recent refinement of the technique is called the Tightrope Procedure, named after the hardware that is used.  Modeled after a technique for repairing ankle injuries in humans, an ultra-strong 21st-century braided material is implanted through holes drilled in the bones themselves to take over the function of the damaged ACL.  In my hands, the Tightrope Procedure provides significant advantages over some of the older LI techniques.  I find that most of my Tightrope patients return to function faster than with the older LI techniques.   This is more than some of the older LI techniques because of the cost of the new implants.  However, it is worth it because of the superior performance of the new implants. 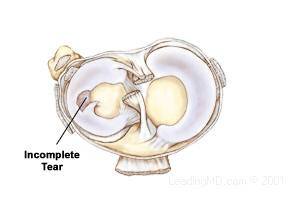 You will recall that the meniscus is a cartilage cushion thet fits in between the ends of the femur and the tibia.  When the ACL ruptures and the joint becomes unstable, the meniscus becomes vulnerable to the shear forces of the two bones moving in abnormal ways.  Again, anatomical peculiarities make it so that it is always the medial side of the meniscus that tears in dogs.  The joint is surgically opened, and the medial meniscus is examined.  If a tear is found, it must be removed, as the meniscus does not heal by itself.  If the tear is severe, the entire medial meniscus must be removed.


SO WHICH TECHNIQUE IS BETTER?

When the TPLO was first introduced,  it was claimed that the TPLO technique was better in all situations.  However, as our experience with other techniques increases, the research studies are starting to show that TPLO and LI do not differ that much, and patients can having either technique can experience excellent results.  The advent of the new Tightrope technique makes the picture even less clear.  Although there are lots of opinions out there, my opinion is that the jury is still out on this one.   Both techniques, the TPLO and theTightrope, can be used on most dogs with excellent results.


However, there are some situations where there is a clear choice.  Almost everybody agrees that the TPLO is best for very large dogs (75 pounds and up), and for meduim and large dogs that are very active.  Also, dogs that have an abnormally steep tibial plateau angles do betyter with the TPLO.  And almost everyone agrees that the LI technique is best for small dogs, say 45 pounds and down.  The Tightrope technique shows promise in some of the larger dogs as well.  I believe the Tightrope is an acceptable alternative for even large dogs when financial constraints prohibit the TPLO procedure, although the chances of having a less-than-ideal outcome are higher the bigger the dog gets, the more active he is, or the steeper the tibial plateau angle gets.  There are some practitioners who disagree with this opinion.


The real problem is which technique is better for the dogs in the middle, who weight from 45 to 75 pounds.  Again, there are lots of opinion out there.  My personal opinion is that TPLO is slightly better than LI for these dogs, and if finances are  not an issue I recommend TPLO.  The bigger your dog is, the more active he is, or the steeper the tibial plateau angle, the more strongly I recommend TPLO.  However, TPLO can cost twice as much, and I do not feel that it is twice as good for some dogs in this weight range.  I have had excellent success with the Tightrope technique in many dogs this size.  With the older LI techniques, the dogs regain good function within two months. With the new Tightrope technique, many dogs walk out of the clinic the day after surgery with less pain than they walked in.  With TPLO, the recovery is quicker than the old LI techniques, but not always as fast as the Tightrope.

EVERY TECHNIQUE HAS ITS HORROR STORIES

With the TPLO, because the tibia bone is actually sawn in half and plated back together, if something happens to the plate there will be big problems. Things like implant infection, screw failure, or plate failure can lead to limb-threatening complications. You could end up with a bone that can not be re-plated.  Because the ACL is never actually replaced, the TPLO has a somewhat higher incidence of meniscus problems post-op.

Post-op care consists of controlled activity.  Knee surgery is all about physical therapy.  Many physician surgeons have their knee patients walking the day of surgery, and so do we.  We want our patients to be up and walking, but not putting stress on their new knees.  Most dogs will carry the leg for days to a few weeks, gradually starting to touch the toe down, then gradually bearing more and more weight as the weeks pass.  We want early, active movement but no excessive strain.  This means that our ACL patients should be free to walk around the house, but can't run, can't climb or go down flights of stairs, can't jump up and down from furniture, and can't be allowed outside without being on a leash for the first month.  We will allow leash walks the first month as soon as their progress allows.  The second month is usually spent gradually increasing their activity.

While the question of which procedure is best for a given patient is far from clear, there are a few things that we know for sure: